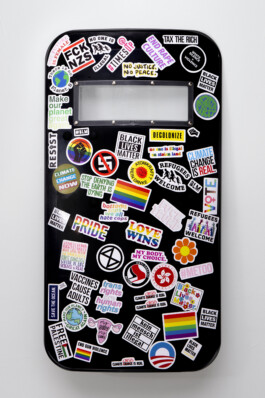 Throughout recent years we see more and more protests being met with brutal police force and it has become almost the norm that police officers arrive in full riot gear, ready to start a fight. However on the contrary - most protests usually revolve around progressive and peaceful goals; equality for all genders and ethnicities, wealth equality, peace in conflict zones and better care for our environment and planet. SOUVENIR imagines a police riot shield that has been present at all the different protest rallies throughout the years and collected stickers  that are often handed out during protests. 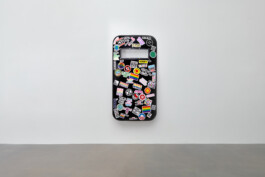 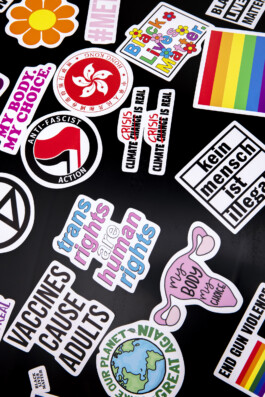 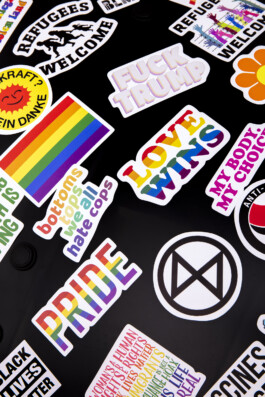